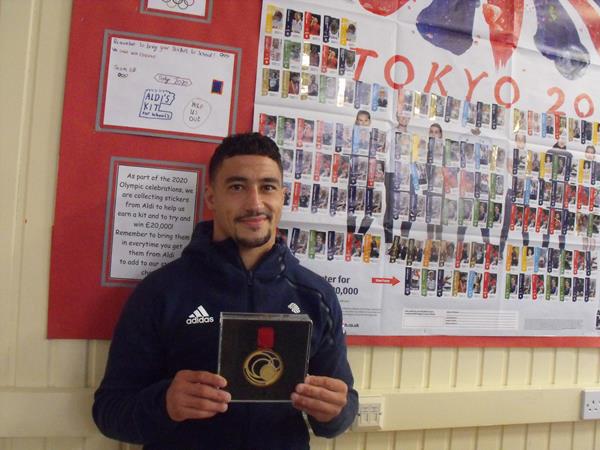 Today we had a visit from Ashley McKenzie, who came to tell us all about his achievements. Ashley McKenzie is an English judoka competing at the men’s 60 kg division. He was a member of the Great Britain Olympic Judo Team at London 2012 but was defeated in the second round by Hiroaki Hiraoka of Japan. He also appeared in, and made it to the final of Celebrity Big Brother 10 in September 2012. In August 2018, he appeared on the first series of Celebs on the Farm. Ashley will be competing in the 2020 Olympic Games.

Yr 1 Visit to The Discovery Museum

You can find out more about which cookies we are using or switch them off in settings.

This website uses cookies so that we can provide you with the best user experience possible. Cookie information is stored in your browser and performs functions such as recognising you when you return to our website and helping our team to understand which sections of the website you find most interesting and useful.

Strictly Necessary Cookie should be enabled at all times so that we can save your preferences for cookie settings.

If you disable this cookie, we will not be able to save your preferences. This means that every time you visit this website you will need to enable or disable cookies again.